Nicolay has made more than a career out of wine, it is a way of life. Having studied under Sandy Block MW at Boston University and having accrued knowledge and experience over the 15 years that he has been at Colonial Spirits, you can say he is easily on his way to becoming more than an enthusiast. Whether it is New World or Old World wines you are looking for Nicolay is more than happy to help you make your selection.

What are a few good Thanksgiving pairing ideas?

Our 2018 Thanksgiving Pairing Flyer has your answer. Handpicked by Tim, Nic, Aaron, and Tyler are a few Thanksgiving beverages that you are certain will garnish their table tops. From craft beer to great wines to the elixir of the gods, whiskey, there is definitely something you will enjoy. 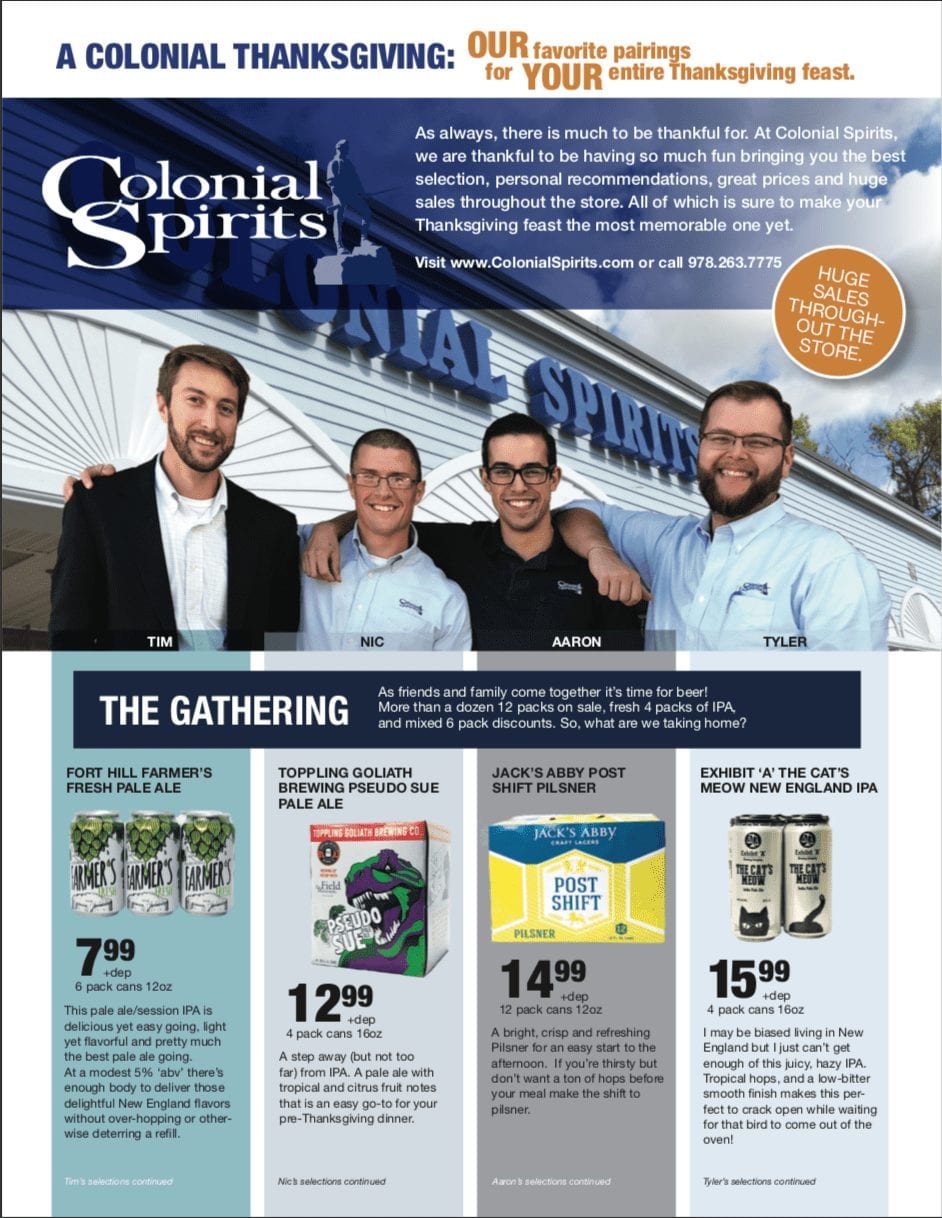 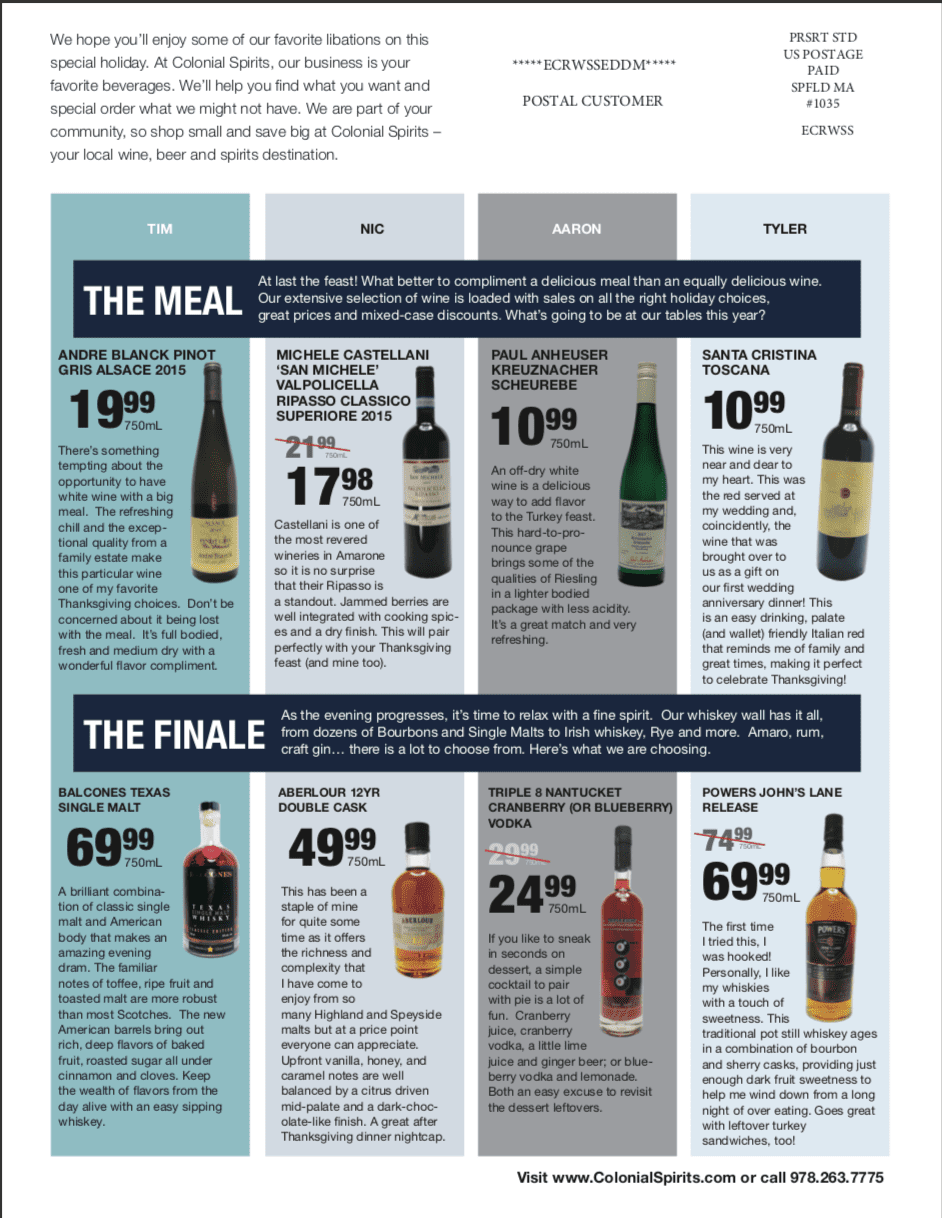 Spanish wines have been on the forefront of the wine industry for the last two decades.

However, it wasn’t until the last 5 years that Spanish wines have truly flourished. Once only known for Rioja or Tempranillo, Spain has become so much more than that. With regions like Ribera del Duero, Priorat, and Rias Baixas and grape varieties like Albariño, Garnacha, and Mencia seen splattered on wine lists across the nation, Spanish wines are making a comeback in a big way.

Most wine enthusiasts know and recognize Rioja and its wines. They also know that Tempranillo is the preferred varietal in the region. But did you know that Tempranillo’s reach extends outside of Rioja and into regions like Ribera del Duero and Toro? More importantly, did you know these other regions existed? With around 79 D.O.s (Denominacion de Origen) and 2 D.O.C.s (Denominacion de Origen Controlada), Spain is almost in a category all to its own.

Due to Spain’s numerous of wine producing regions we will focus on a few select regions to expand our knowledge of one of the leading wine countries in the world. END_OF_DOCUMENT_TOKEN_TO_BE_REPLACED

As many of you know, our ‘Wine of the Month’ display, just beyond the entrance to the store has earned a reputation for delivering great value.

We seek out wines that you may not have seen before but offer exceptional quality.  Exploring wine should be fun and our wine of the month makes trying something new easy.

To sweeten the deal even further, we always offer these value-driven wines at a special discount, and right now we’ve got… Le Coq Rouge, regularly $11.99, ON SALE FOR $9.99 PER BOTTLE AND $90 PER CASE ($7.50/BOTTLE)!
END_OF_DOCUMENT_TOKEN_TO_BE_REPLACED 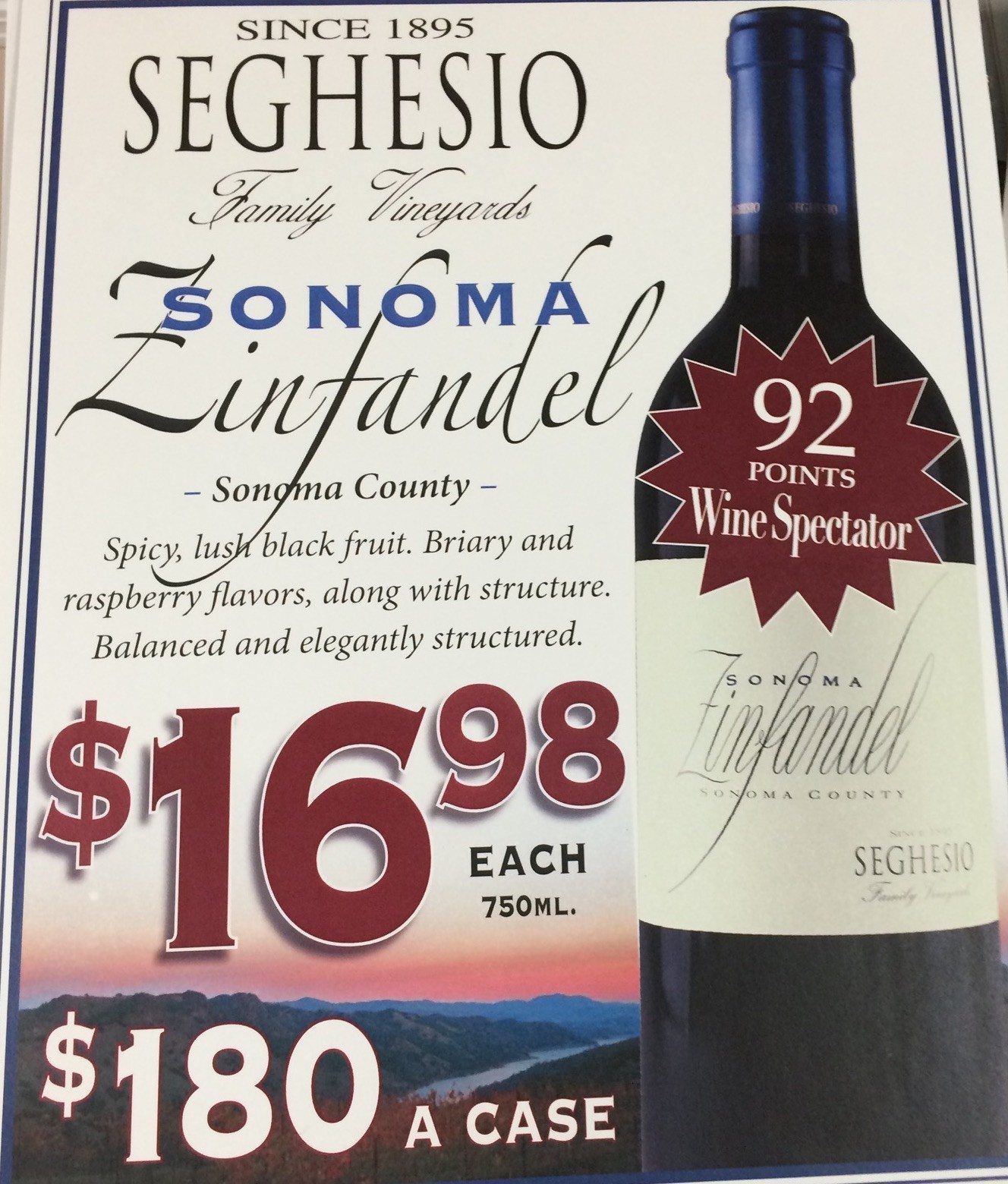 That’s right, you read the title correctly, “Lowest Price in the Country!” And what is even better is the fact that it happens to be the 2013 vintage which received an even higher review than the 2012 vintage. This is what the Wine Spectator had to say…

This has been one of the best Zins I have tried as of late, but if you consider the price it would be the best Zin I have tried in a while. The Seghesio Zinfandel Sonoma normally sells for $22.99 per bottle, we currently have it at our Super Savers price of $16.98, but if you buy it by the case you only pay $180 for the case ($15/bottle). You just can’t beat that price. But act quickly because this wine will sell out fast. Carpe Vinum!

To purchase this wine online for delivery to most Eastern Mass locations or for pick up at our Acton store, see the Seghesio Sonoma Zinfandel 2013 page.

We are right around the corner from New Year’s Eve. With that, comes time to pick out a few bubbly offering to share with family and friends. In this post we will share with you some recommendations from Ken Hoggins of KensWineGuide.com. The following sparkling wines were reviewed by Ken, Nicolay or the KensWineGuide.com Tasting Panel. Listed below are the sparklers which we covered that are in stock at Colonial Spirits. Each of these offering will be sure to make your New Year’s Eve celebration a hit. END_OF_DOCUMENT_TOKEN_TO_BE_REPLACED 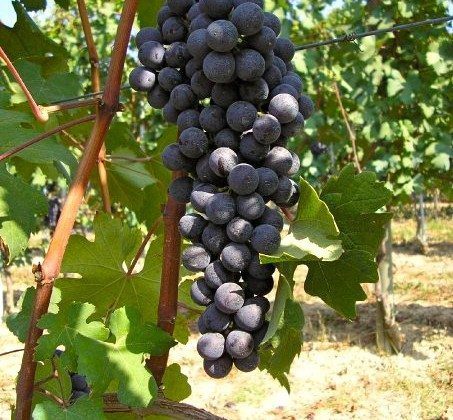 Have you recently looked at your favorite bottle of wine and noticed anything new about it, other than the vintage? I recently had a conversation with a customer who had noticed, without noticing, that a staple wine of theirs didn’t taste the same. Usually vintage is the culprit, but when a wine is as massed produced as the one in question, vintage usually isn’t it. Having dealt with a similar situation about a year earlier, I knew exactly what I was getting into. END_OF_DOCUMENT_TOKEN_TO_BE_REPLACED